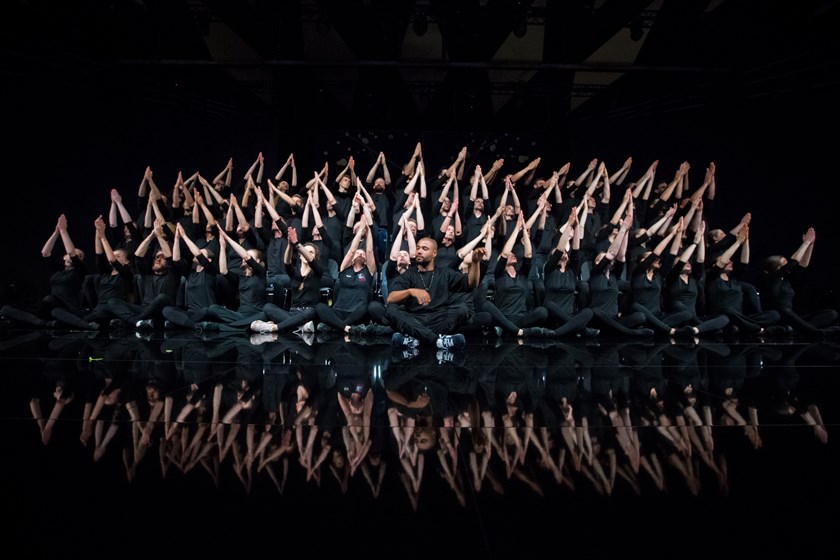 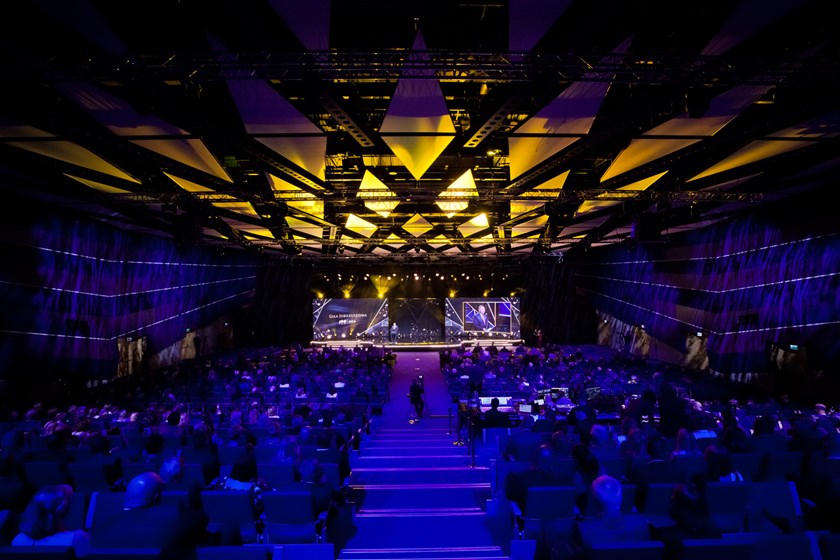 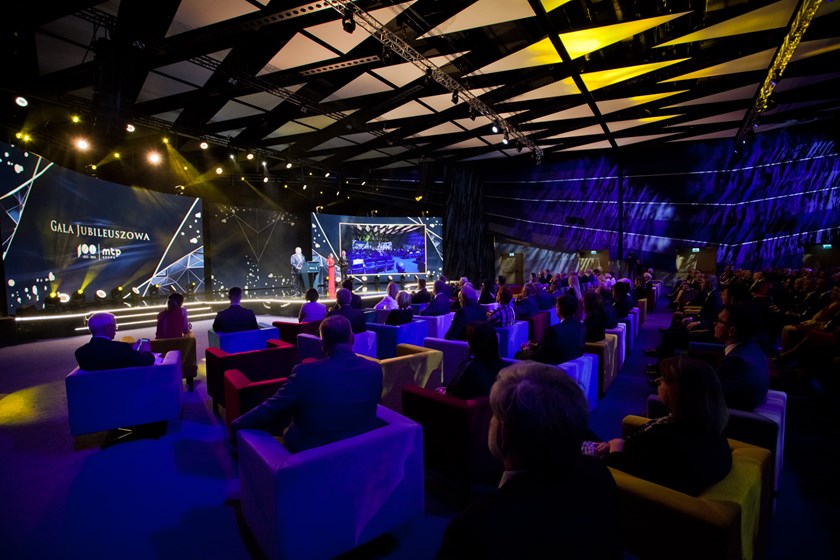 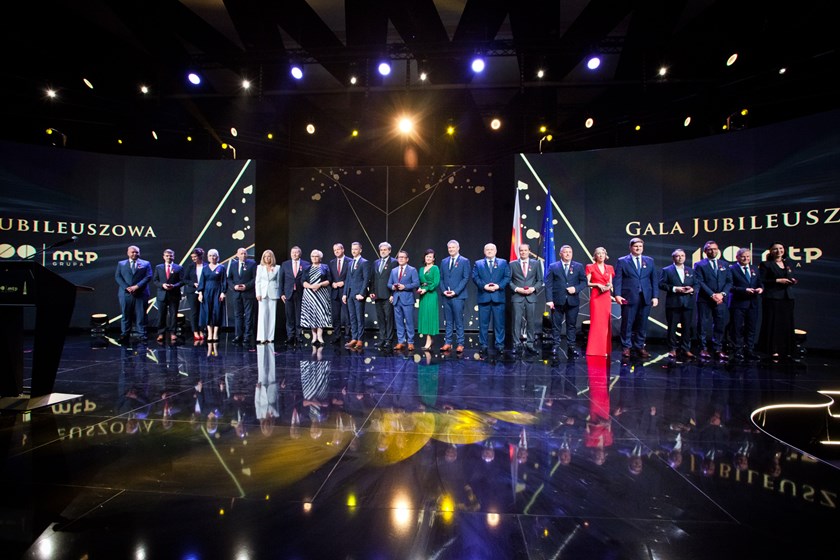 The main attraction of the celebrations was a show directed by a French dancer and choreographer. Sadeck Waff is known, among other things, for his extraordinary spot promoting the 2024 Paralympic Games in Paris, in which 128 wheelchair users perform a geometric hand ballet. Especially for the centenary of MTP Poznań Expo, Waff has prepared unique choreography. 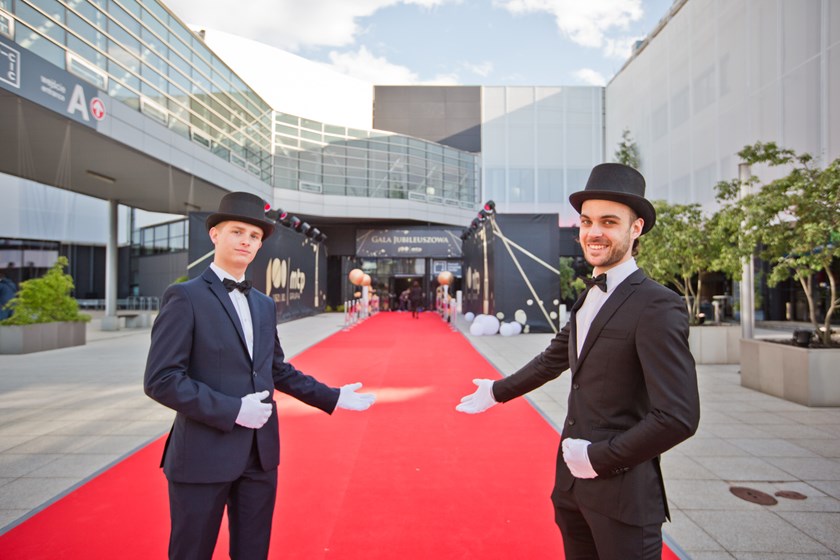 The final of the MTP's centenary celebrations will be the closing event of the Jubilee Year. The celebrations began on 28 May, the centenary of the organisation of the 1st Poznań Fair, which launched the existence of MTP Poznań Expo in 1921. A jubilee tram took to the streets of Poznań, and the city was decorated with flags marking the solemn moment of the beginning of the jubilee celebrations. From that day on, a limited series of postcards was available in Poczta Polska offices throughout the country. A jubilee feature also appeared during the 13th PKO Poznań Half-Marathon. The participants in this flagship Poznań run received special medals prepared on the occasion of the 100th anniversary of the existence of Grupa MTP. 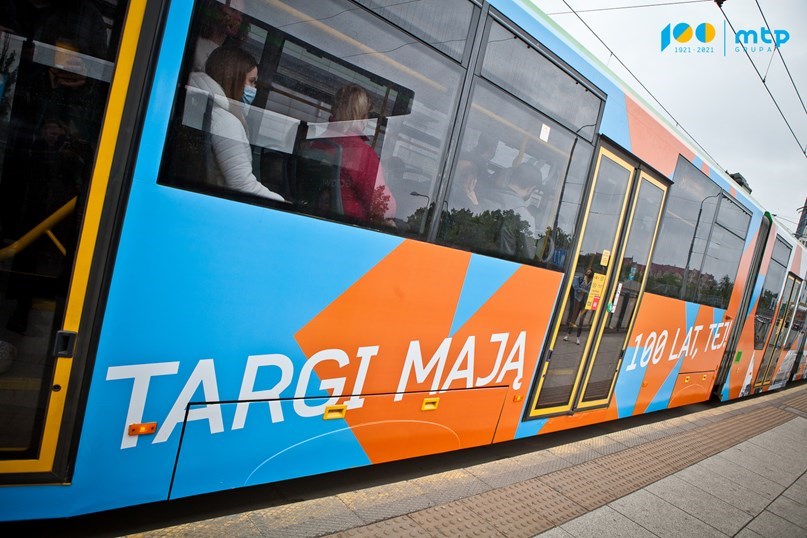 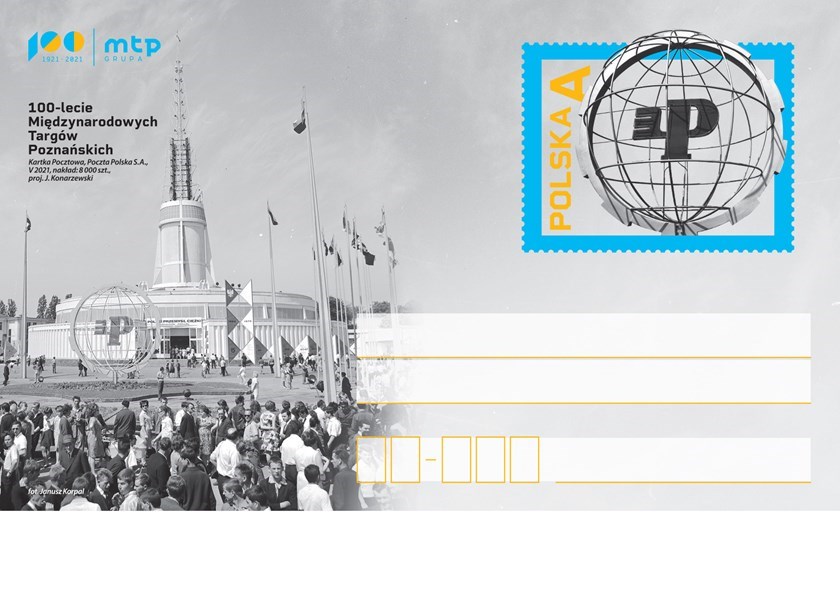 An anniversary outdoor exhibition was opened in the Free Courtyard of the Poznań City Hall. The exhibition consisted of archival photos and interesting facts showing the rich history of MTP Poznań Expo. Selected memories by the participants of the "Historie z Iglicą w tle" (The Spire Stories) competition also became a part of the exhibition. 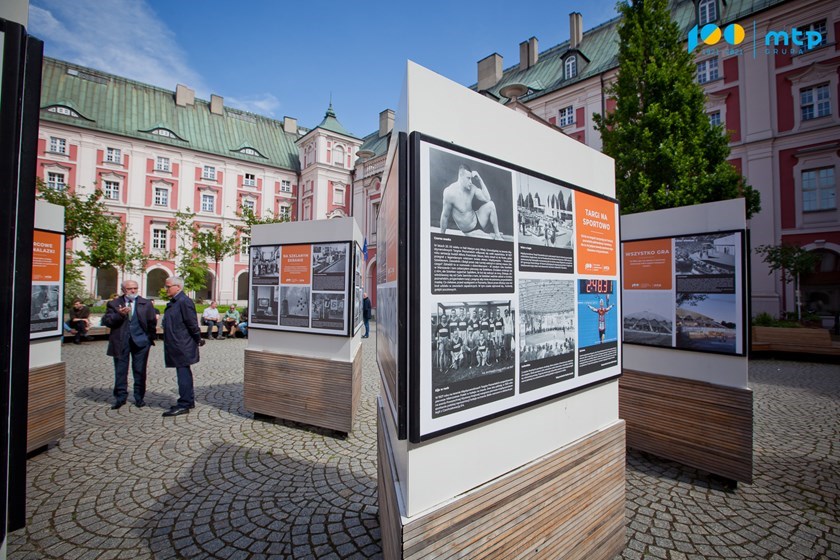 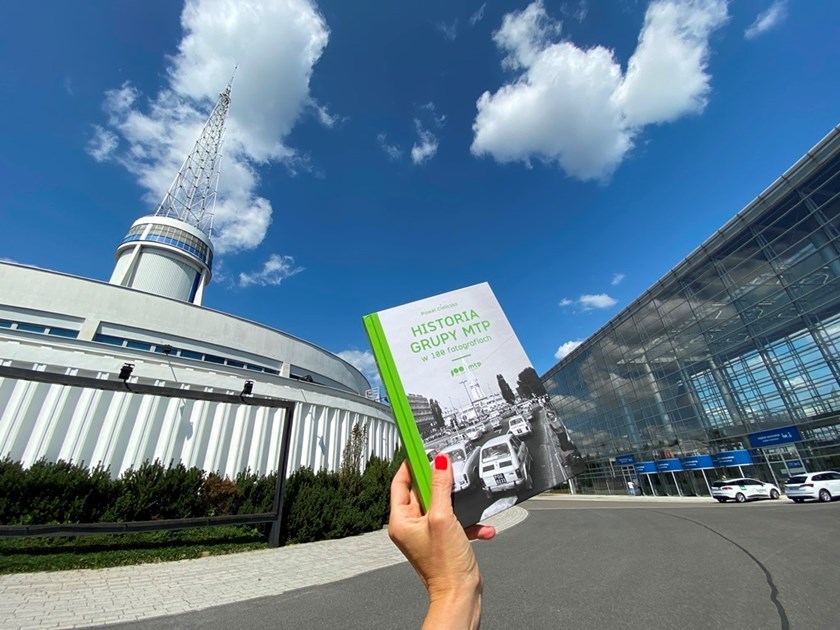 The Poznań Kaiserpanorama hosted an exhibition entitled "Zatrzymane w targowym kadrze – sto lat targów w Poznaniu" (Caught in the Photo Frame – One Hundred Years of Trade Fair in Poznań), consisting of 48 photographs from the archives of MTP Poznań Expo, documenting the history of 100 years of the company.

In October 2021, a unique concert entitled "W 100 MINUT DOOKOŁA ŚWIATA (Around the World in 100 Minutes) was organised on the occasion of the 100th anniversary of the MTP Group. The programme included pieces by major composers, such as Gioacchino Rossini, Wolfgang Amadeus Mozart, Georges Bizet and Maurice Ravel. 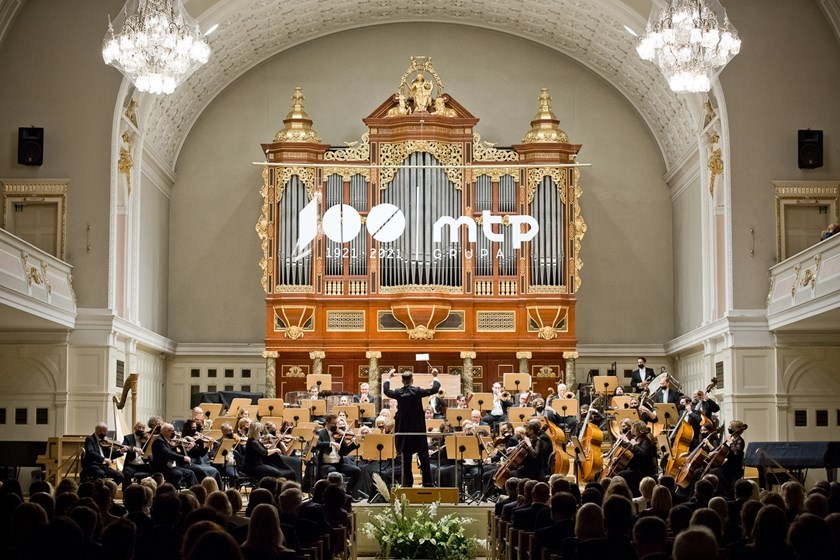 At the end of the year, the effects of a unique artistic collaboration between Grupa MTP and the master of black and white photography Szymon Brodziak were brought to light. Twelve photographs were created, telling the story of the most important trade fair events and places, of history and of the future. The photos were taken e.g. on the roofs of the Spire, exhibition halls and the tower of the Representation Hall, but also at the Arena or in the stables. In an artistic manner, they refer for example to the premiere of the Syrena car, which took place in 1955 during the Poznań International Fair, or to the new formula of the Poznań Motor Show, which focuses on electromobility. The photographs were appreciated and awarded by the jury of the international MUSE Photography Awards competition, which honours photographers who go beyond the usual approach, presenting their unusual discoveries in phenomenal shots. The photos were used in the 2022 calendar published by Grupa MTP. They can also be admired in the Expo's Spire, during the World Press Photo 2022 exhibition. 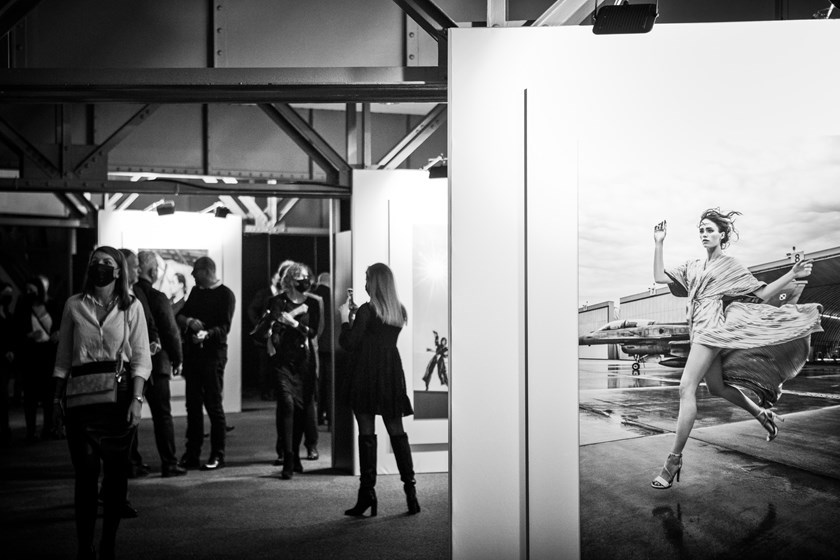 Honours for the centenarian

A great distinction for Grupa MTP was the resolution of the Polish Parliament commemorating the centenary of MTP Poznań Expo. On 24 June 2021, MPs expressed their appreciation for MTP Poznań Expo, emphasising that it has served the economic development of Poland well. The initiator of the resolution was Bartłomiej Wróblewski, PM of the Law and Justice (PiS) political party. In addition, an exhibition showing the rich history of MTP Poznań Expo and its impact on the Polish economy was opened in the building of the Sejm of the Republic of Poland. 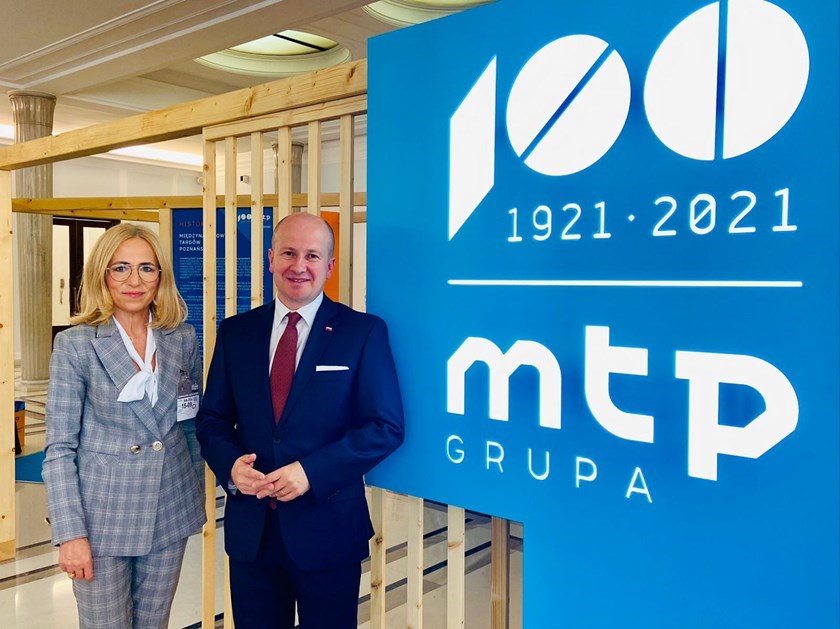 In its jubilee year, Grupa MTP was also awarded the Grand Gold Seal of the City of Poznań. This distinction is awarded by the Mayor of the City to individuals and institutions who have made a significant impact on the history of the capital of the Wielkopolska region.

The centenary of MTP Poznań Expo in Poland was also honoured by the representatives of the trade fair industry from all over the world, who decided to organise the UFI European Conference of the Global Association of the Exhibition Industry. This most important international event of the exhibition industry in this part of the world took place from 4 to 6 May, attracting several hundred leaders of exhibition centres and event organisers to Poznań. The event saw the premiere of the report entitled "W kierunku rezyliencji. Przyszłość branży targowej" (Towards Resilience. The Future of the Exhibition Industry) created by Grupa MTP and infuture.institute whose founder and CEO is Natalia Hatalska.

WUF11: an "extraordinary moment" for the world`s cities

WUF11 is approaching – what will the World Urban Forum WUF11 in Katowice offer?